Paracas is a small town in Southern Peru used as a port of departure for day trips to the nearby Ballestas Islands, a biodiverse sanctuary crowded with marine birds and other sea life. Below I explain everything you need to know before you go. 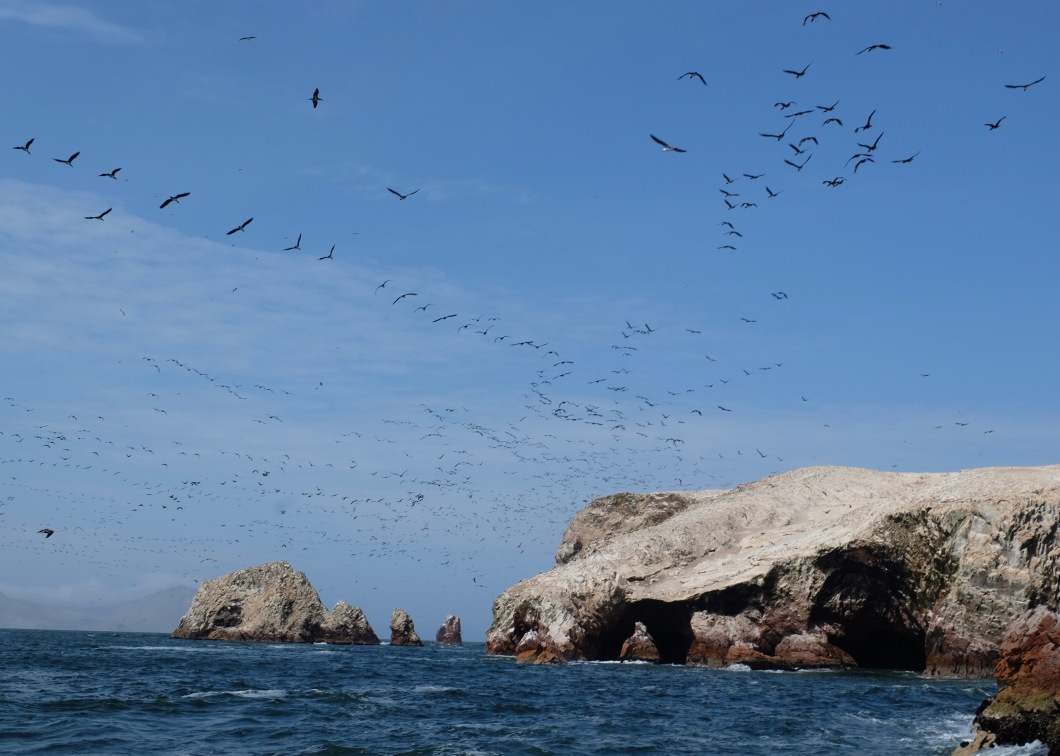 You can buy a s/30 tour (about $9) to the Ballestas Islands for departure at either a 8:00 AM or 10:00AM. Supposedly the earlier tour is better for spotting dolphins, but I didn’t see any. Be sure to sit on the left side of the boat for the best views. Otherwise, you’ll have to hold your camera above other people’s heads.

You’ll ride in a speed boat with a few dozen other tourists for about 20 minutes before you hit La Candellabria – a drawing in the sand supposedly left by the indigenous people who once inhabited the area. Your guide tells you a few legends about La Candellabria, and then you spend the next hour circling the bird-infested islands.

The rock formations alone are incredible. You’ll see some sea lions basking on the rocks, a few penguins hopping about, and thousands upon thousands of sea birds like gulls and cormorants.

Animals To Look For Is Paracas worth visiting if you have already been to the Galapogos?

That depends on whether it’s along your route. If you are traveling between Lima and any city in Southern Peru, stopping in Paracas is a no-brainer because it’s already on the way. At a cost of s/30 (less than $9), the Ballestas tour is an absolute bargain. The wildlife is not quite the same as what you may have saw on the Galapagos, but it’s also not quite as impressive, so if it’s not on your way, then it’s skippable.

Personally, I visited the Galapagos, but I did not go on the expensive day trips to the bird islands there, so the Ballestas Islands were quite different for me. If you did visit the bird-infested islands of the Galapagos, then you may find this a bit boring.

This one is a no-brainer. In Paracas, you stay in Kokopelli Hostel. At S/35 sol, a dorm bed here costs almost as much as a private room at any of the nearby two-star hotels (S/40), but the atmosphere is unbeatable. The highlight of Kokopelli is the fun shared spaces, which include a pool area, an outdoor restaurant and bar, a computer lounge, and a gym among other things. In the evening when everyone has come back from their day trips, these spaces fill up and Kokopelli feels like a college campus during welcome week.

There is a long row of attractive, tourist-oriented restaurants along the waterfront boardwalk where a delicious seafood entrée will set you back  S/25-40. If you’re on a budget, there are some cheap, local-oriented restaurants just behind this area, where you can get dinner for around S/10-16.

How to Get There 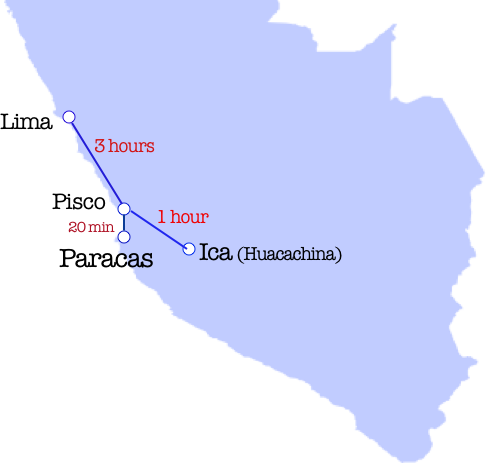