Over the past two decades, Malaysia went from being a mere blip on the tourist radar to being the 12th most visited country on earth as of 2018 mostly thanks to Air Asia, a budget airlines headquartered in the capital Kuala Lumpur. Drawn in by the rock-bottom airfare, the majority of foreign visitors experience Malaysia as a brief stint in the capital, Kuala Lumpur, with the rest of the country going relatively neglected. Here I aim to push the conversation beyond Kuala Lumpur.

I also seek to move the emphasis away from physical tourist attractions and toward something less tangible but which makes Malaysia truly unique and worth visiting: its cultural diversity.  I can think of no other country on earth with the kind of vivid and distinct medley of distant cultures that Malaysia has.

Modern, cosmopolitan, and incomparably diverse like the country itself, Kuala Lumpur  is Malaysia’s capital and largest city.  As Southeast Asia’s dominant transport hub, Kuala Lumpur ranked as the eighth most visited city in the world in 2017. 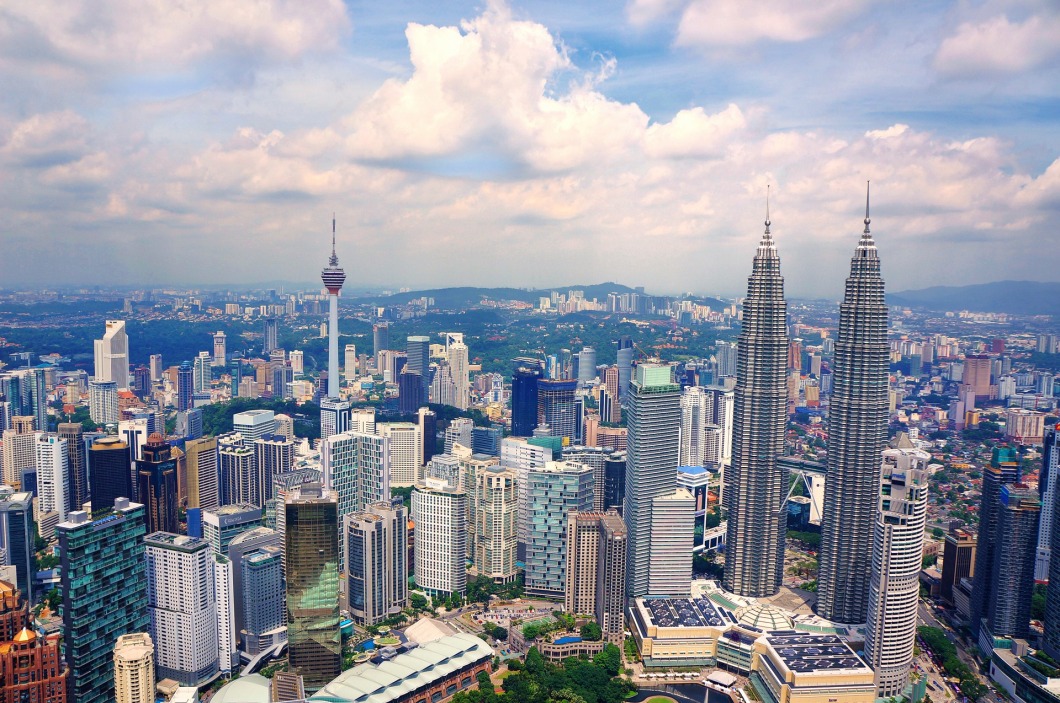 Before my first visit, other travelers told me that Malaysia is dull, expensive, and boring. To be fair, I felt much the same way after my first visit. Three Malaysia trips later I understand why my first impression was so off; I only hit Kuala Lumpur. 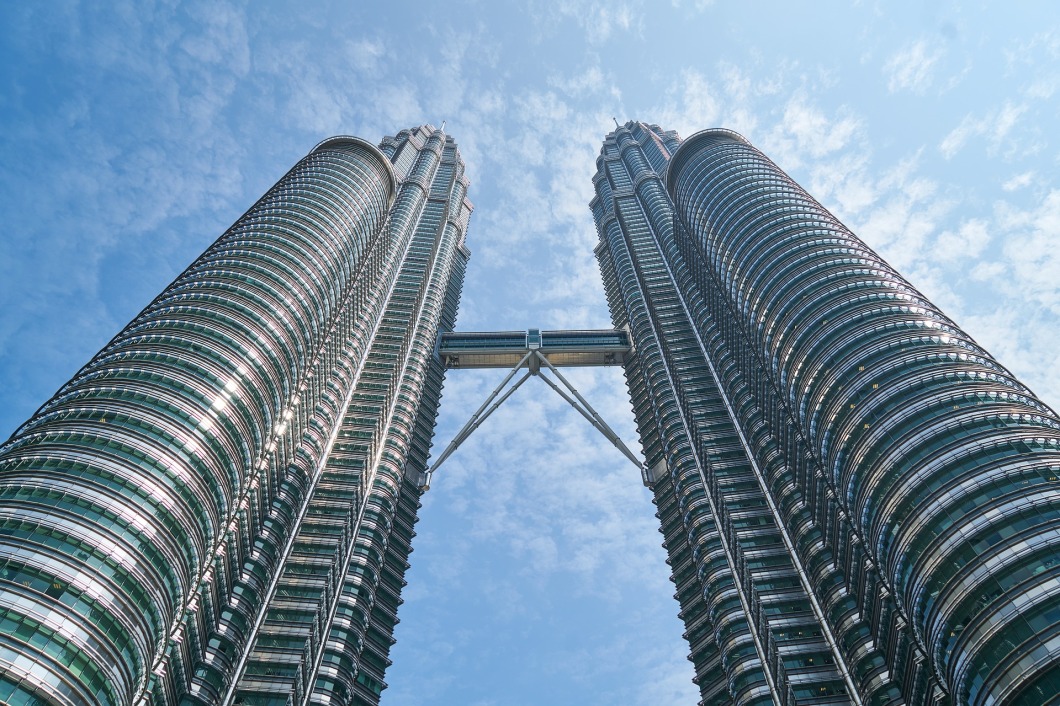 Kuala Lumpur is not exactly a sight-seeing city. Its main attraction, the Petronas Towers, has become a symbol of Kuala Lumpur and Malaysia as a whole, though they are not terribly interesting to visit. 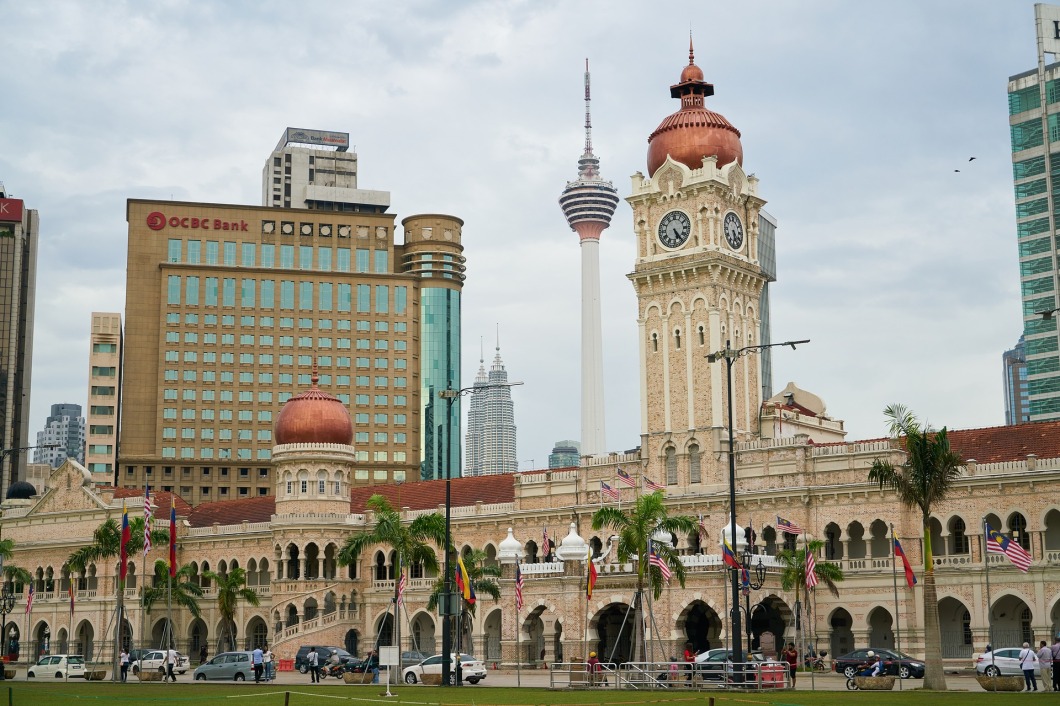 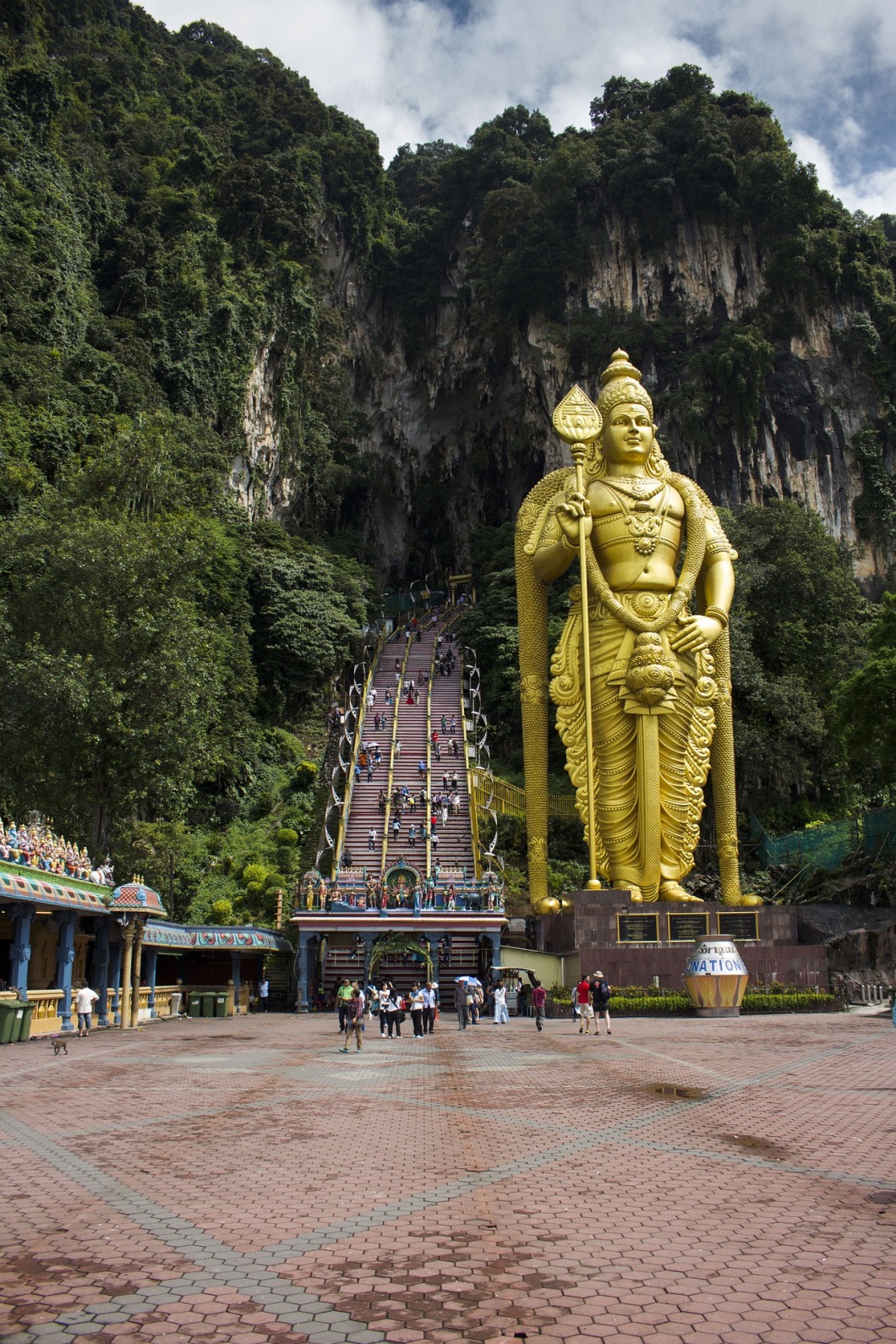 Just outside Kuala Lumpur, the Batu Caves house a series of Hindu temples and shrines founded by a wealthy Indian merchant in 1890 and revered by the local Tamil community to this day. 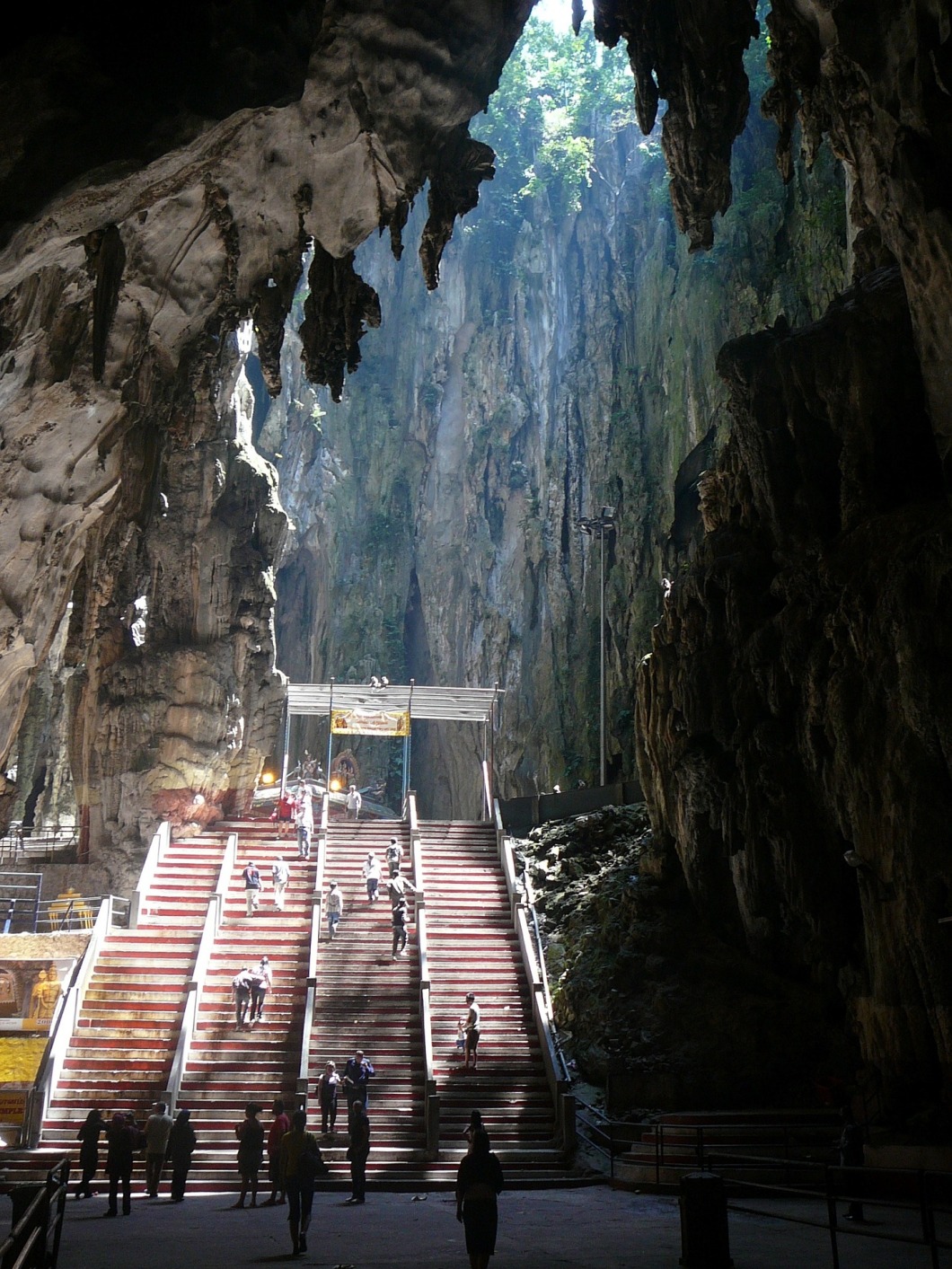 Apart from serving as a Hindu pilgrimage site, the caves are home to many species of birds, bats, and other critters. Outside the caves, playful macaques scurry about, happily approaching anyone willing to feed them. 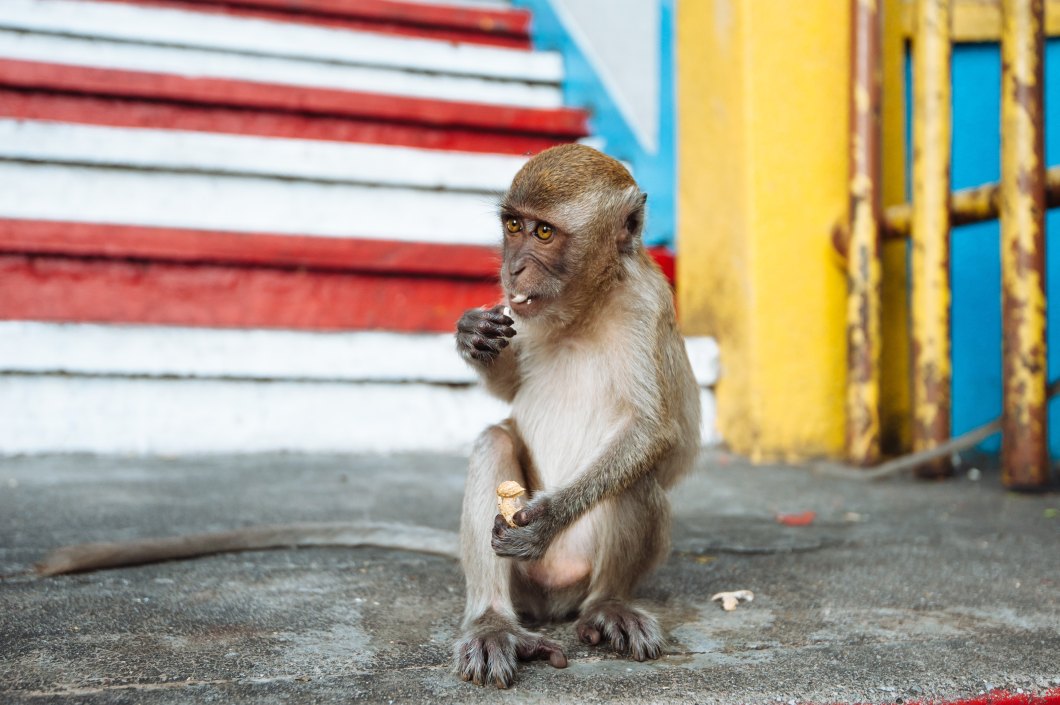 Penang is a small island off the coast of the Malay Peninsula home to Malaysia’s second city,  Georgetown. Founded by the British in 1781, Georgetown’s tenure as a multicultural entrepôt is evident in its syncretic architecture and legendary food scene.

Gritty, unpretentious, and real, downtown Georgetown is filled with playful street art and colorful ethnic enclaves. I enjoyed many hearty meals here for just $0.75, a record low for me. Look out for the colonial shophouse architecture, a unique east-meets-west building style found only in the British straits settlements of Georgetown, Malacca, and Singapore.

I arrived the morning after the worst flood in Penang’s history. Some roads were still impassable on my first few days. Thankfully, the federal government sent a prompt and organized disaster response allowing for a quick recovery instead of punishing Penang for its support for the opposition party as many had expected. 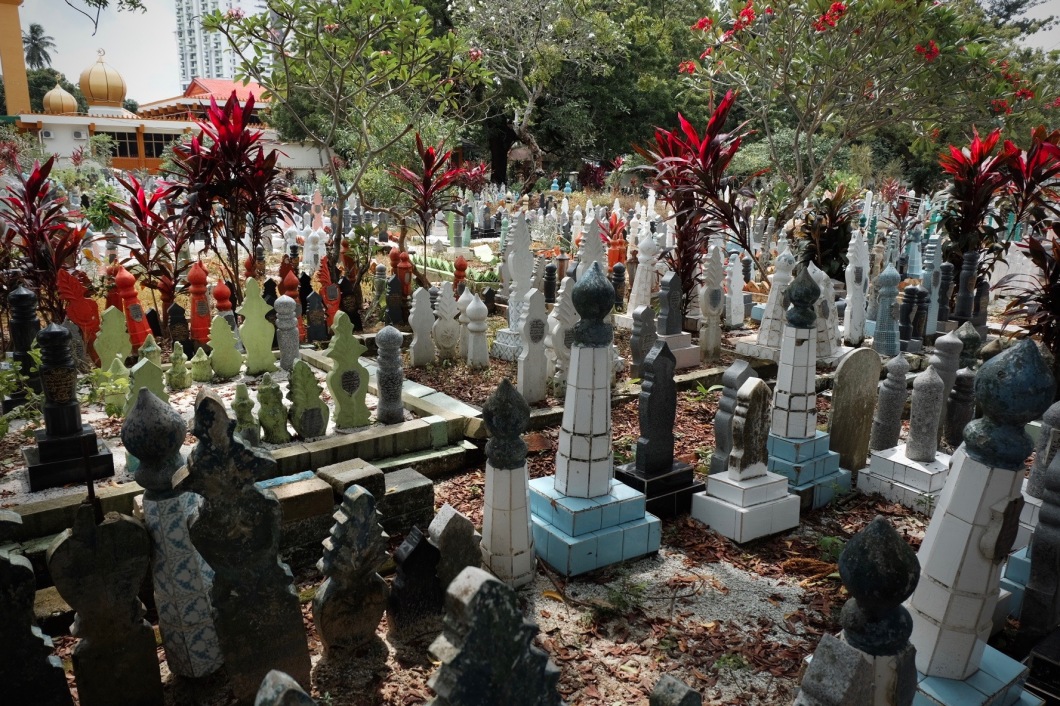 I had no Malaysian ringgit to pay for bus fare on my first morning in Malaysia, so I walked many miles to Georgetown from Jak’s place outside the city.  On the way, I came across this beautiful Muslim cemetery. As per Muslim tradition, all family members are buried in the same grave, and each time a new person is buried, a stone representing them is added next to those of their kin. The result is these adorable stone families.

Thaipusam is a Tamil Hindu holiday in which the gods are believed to come down to earth inhabiting human bodies. Devotees bring themselves close to god through Kavadi Atam (“the burden dance”) which involves self-mutilation, mortification of the flesh, or carrying heavy burdens on the back.

Devotees must prepare for 48 days before the festival through fasting and incessant prayer. On the day of the festival, they parade barefoot for many miles until reaching Penang’s Waterfall Temple or Kuala Lumpur’s Batu Caves. The whole city gathers to watch the spectacle and enjoy all the free food. 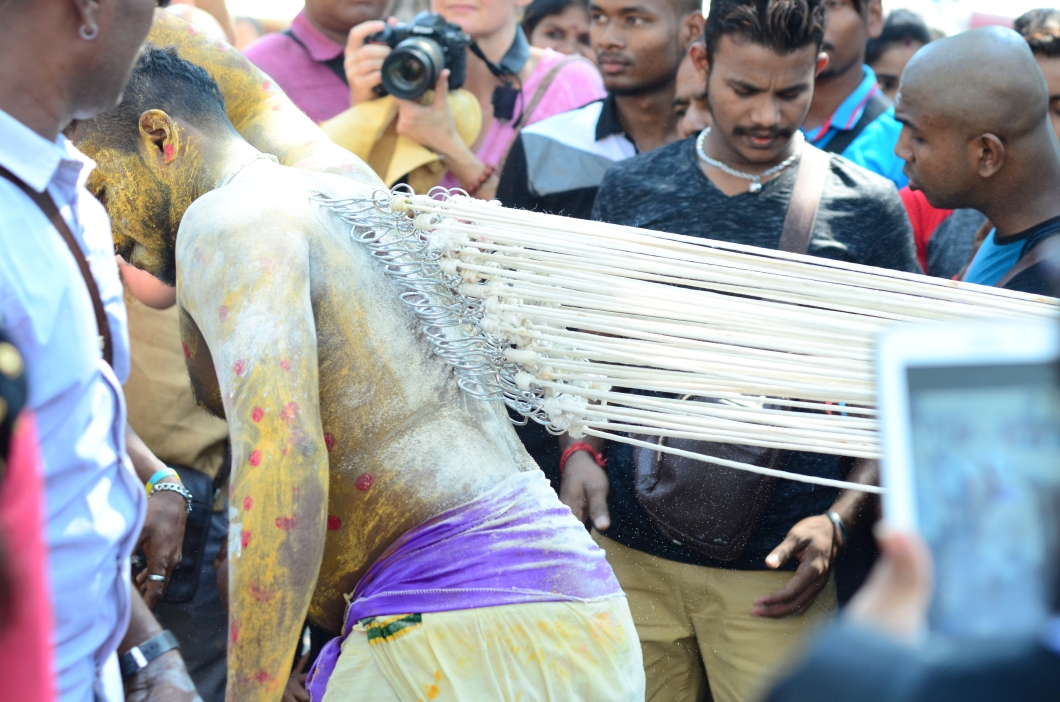 On the outskirts of Georgetown is Kek Lok Si, the largest Buddhist temple in Malaysia. Founded by a Chinese monk in 1890, the temple combines Burmese, Thai, and Chinese architectural styles. 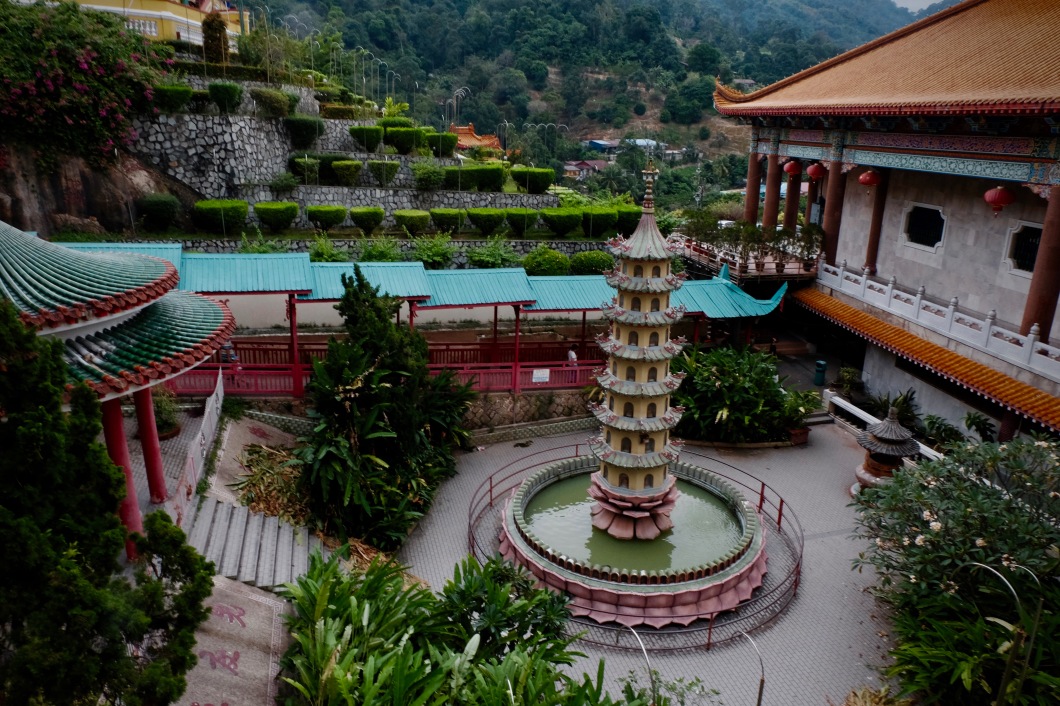 Langkawi is an archipelago in the Andaman Sea just off the coast of the Malaysia-Thailand border. I’ll be honest here. I hated Langkawi. A misguided tendency for completeism was my main motivation for visiting.

The main draws of Langkawi are its pristine beaches and duty-free shopping. I’m not a beach boy, and I never go shopping, so I should have known better.

The one thing that I really enjoyed in Langkawi was its world-class aquarium. Jak is a gifted macro-photographer, and he captured some incredible shots of the sea life there, such as the sea slug in the photo below.

Malaysian Borneo is quite a world apart from peninsular Malaysia with vast tropical rainforests and an indigenous Dayak majority. Malaysian Borneo is divided into two states, Sarawak and Sabah. I visited the capital of Sarawak state, Kuching, on a business trip. This quirky city was my favorite in Malaysia.

Like Penang and Singapore, Kuching is a creation of British colonialism and retains a pervasive Chinese-Malay-Dayak cultural fusion. Its historic downtown is another of Malaysia’s renowned food meccas popular among digital nomads and eco-tourists.

The Sarawak Legislative Assembly Building was designed to resemble a traditional hat worn by the area’s native Iban tribe. The state-of-the-art green building is surrounded by river and connected to downtown Kuching on either side by twisting metallic bridges.

Malaysian Borneo is home to several orangutan conservation centers where visitors can come face-to-face with these solitary red apes. Orangutans are critically endangered and are only found in the rainforests of Sumatra and Borneo.

Proboscis monkeys are found throughout Borneo. Locals refer to the species as orang belanda (literally “Dutchman”) because its long nose and big belly are features that were once associated with the Dutch colonial masters.

Other Critically Endangered Species of Borneo

Unfortunately, most of Borneo’s tropical rainforests, even those under legal protection, have been decimated at an alarming rate due to poor governance, corruption, and mismanagement.

First, let’s address the prejudice against Muslim destinations that pervades the tourism industry. Malaysia is one of the most liberal countries in the Muslim world. You can wear whatever you want, eat pork, drink alcohol, whatever (as long as you are not Muslim).

Malaysia’s government has gone to great lengths to amplify its tourism industry, and while the country has become a favorite vacation spot for travelers from the Middle East, South Asia, and Indonesia, Kuala Lumpur soaks up the vast majority of international arrivals.

Caught between such freewheeling tourist meccas as Bangkok and Bali, Malaysia’s conservatism leaves it in an awkward position along Southeast Asia’s backpacker trail. While Malaysia is no place for Khason-Road-Style debauchery and many non-Muslim travelers in the region are put-off by its Islamic tendencies, Malaysia is too often measured by the wrong metrics.

Instead of dwelling on Malaysia lackluster nightlife and limited sightseeing, I want to briefly dwell what makes Malaysia remarkable:

1) the food scene is out of this world, and you can sample all sorts of cuisine for mere pocket change (dangerous, I know!)

2) Malaysians are a warm, friendly bunch even by southeast Asian standards, so making locals friends and connecting with the culture is no challenge at all.

3) To visit Malaysia is to experience a bit of China, India, and Southeast Asia all in one go, not to mention Malaysia’s concurrent Arab and British flares. A true bargain!

4) Malaysian Borneo is a world-class spot for ecotourism and ethnography that has not been spoiled by mass tourism.